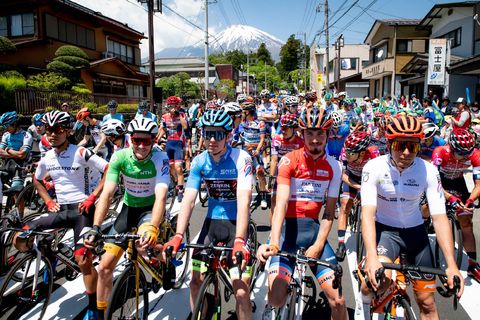 6th day of NTN presents 2019 Tour of Japan comes to Mt. Fuji or Fujisan on Friday, 24th May and this stage is called “Queen Stage” or a key for GC victory every year.  The course today is 36 km in total, a hill-climb to the 5th station of Fujisan in Fuji-Azami line with an average gradient of 10% and a maximum gradient of 22%, after going through two laps of peripheral road of Fuji Speedway (Formula one circuit) in Oyama town, Shizuoka prefecture.  The Fuji Speedway will be the finish point for Tokyo 2020, Road Race.  If winning this stage, it is highly potential to win the General Classification of the 2019 Tour of Japan. 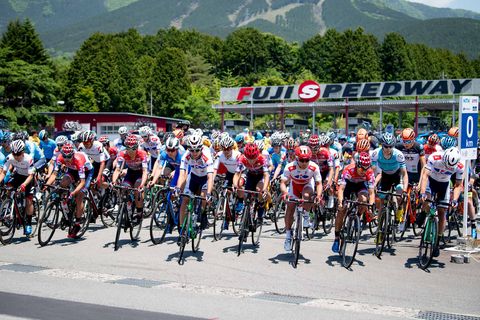 After the actual start, while the race was going around the Fuji Speedway, KINAN CYCLING TEAM which has the defending champion, Marcos GARCIA FERNANDEZ was in the front of a main group and carefully controlled the peloton not to increase the pace in the early timing.
In the exit of the road around Fuji Speedway, Daiki YASUHARA (MATRIX POWERTAG) tried to attack and the line of the peloton was extended.
Just before entering Fuji-Azami line, the first rider who made an attack was Artem OVECHKIN (TERENGGANU INC.TSG CYCLING TEAM).  OVECHKIN expanded the time gap to 14 second, but right after starting the uphill of Fuji-Azami line, he was caught by the peloton and again KINAN CYCLING TEAM started to control the main group. 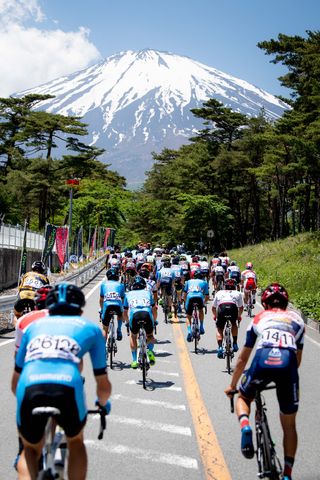 Then, Metkel EYOB (TERENGGANU INC.TSG CYCLING TEAM) and Dylan SUNDERLAND (TEAM BRIDGELANE) attacked and when the time gap was 20 seconds to the peloton, Chris HARPER (TEAM BRIDGELANE) came up to catch the 2-rider breakaway on his own.
In 6 km to go, Chris HARPER made a solo attack, then to be a solo breakaway with 22-sec time gap to the 2nd rider, Metkel EYOB and 52-sec time gap to the peloton. 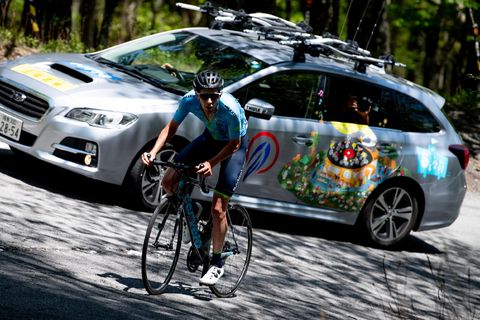 From the peloton, Benjami PRADES REVERTER (TEAM UKYO), Jose Vicente TORIBIO ALCOLEA (MATRIX POWERTAG) and Nariyuki MASUDA (UTSUNOMIYA BLITZEN) chased the breakaway and made to catch the 2nd rider, Metkel EYOB in sight.  At this moment, 2018 Fujisan stage winner, Marcos GARCIA FERNANDEZ (KINAN CYCLING TEAM) dropped out of winning battle today.
Chris HARPER kept the power of climb to the finish line, no one could reach to his position and claimed his first victory in the Fujisan stage.  Metkel EYOB (TERENGGANU INC.TSG CYCLING TEAM) finished second with 28 seconds behind HARPER and Benjami PRADES REVERTER (TEAM UKYO) crossed the line third, one head ahead of the 3-rider chasing group.  The best Japanese rider was 4th place, Nariyuki MASUDA (UTSUNOMIYA BLITZEN) with 51 seconds behind the winner. 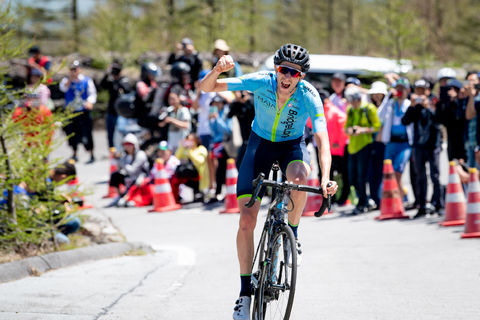 As a result, the top of General Classification was changed, but the time gap was not enough to be deciding like last year and the outcome of the GC winner will be remained till Izu Stage tomorrow.  Filippo ZACCANTI (NIPPO – VINI FANTINI - FAIZANé) who has added 3 points today virtually assured to win the General Mountain Classification of 2019 Tour of Japan.
Chris HARPER (TEAM BRIDGELANE) :
“I feel very good.  I am very happy to get to win Mt. Fuji stage.  It was a sort of the stage which I always wanted to win for Tour of Japan.  My team was really incredible for me today.  My teammate stood up in the front.  One of the guy put me really in a good position to try to set a stage win.”
ニュース